Although all of Samsung’s announcements for its latest Galaxy Unpacked event were leaked weeks ago, the company officially revealed the new products today. On the smartphone side, we have the Galaxy Z Fold 3 and Galaxy Z Flip 3. For smartwatches, there’s the Galaxy Watch 4 and Galaxy Watch 4 Classic. And some new buds were introduced as well — the Galaxy Buds 2 with active noise canceling. Luckily, we were able to get some hands-on time with all four of the new products this week in New York City.

Samsung’s new flagship smartphone is the Galaxy Z Fold 3, which is the obvious successor to the Galaxy Z Fold 2. The showcase feature of the device is its large 7.6-inch Infinity Flex folding display (2208×1768), which now uses Eco technology to boost brightness by nearly 30 percent while consuming less energy than the previous generation. In addition, not only does the display feature a 120Hz refresh rate, but it incorporates Samsung’s first-ever under-display selfie camera (4MP, f/1.8, 80-degree FOV). 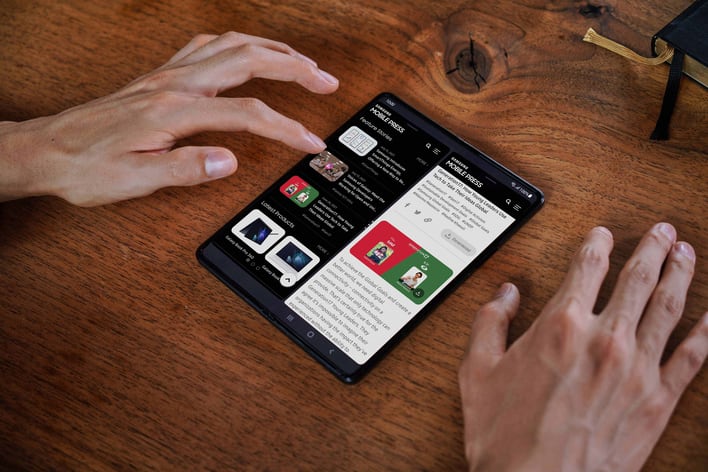 The new display also works with the S Pen, which was long exclusive to the Galaxy Note family in the smartphone realm. Given the large amount of real estate afforded by the Galaxy Z Fold 3, it makes sense for the S Pen to make an appearance here. There will be two options available for customers: an S Pen Fold Edition and an S Pen Pro, both of which feature a retractable tip and force limit technology to help protect the fragile, flexible display from scratches. 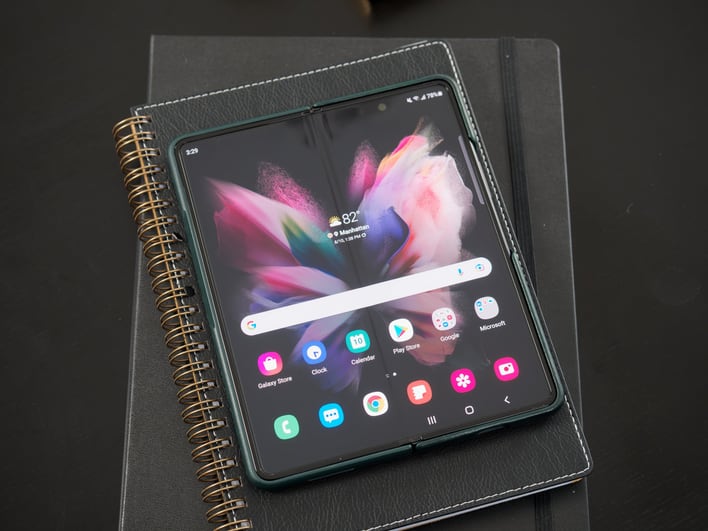 As before, there’s a 6.2-inch Cover Screen on the Z Fold 3, with a resolution of 2269×832 (HD+). It too features a 120Hz refresh rate along with a 10MP selfie camera. In addition, there are three 12MP cameras on the back (wide-angle, ultra-wide-angle, and telephoto) which are covered in Gorilla Glass DX. 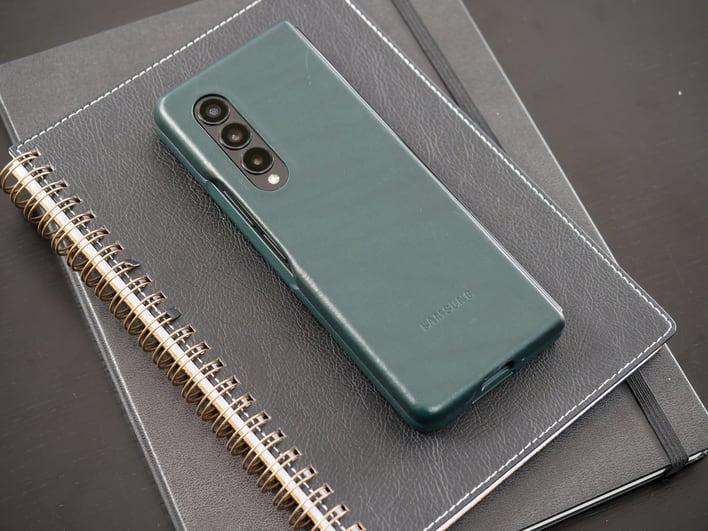 The Galaxy Z Fold 3 is powered by a Qualcomm Snapdragon 888 SoC coupled with 12GB of RAM, and customers can choose from either 256GB or 512GB of internal UFS 3.1 storage. A 4,400 mAh battery powers the device, which supports 10-watt wireless charging or 25-watt wired fast charging. You can also reverse wireless charge other accessories (and phones) at up to 4.5 watts.

Finally, we should note that the Galaxy Z Fold 3 features a capacitive fingerprint reader on the side of the device rather than an under-display option. The device is also now IPX8 rated for water resistance.

The Galaxy Z Fold 3 is priced from $1,799 (down from $1,999), which is the lowest starting price ever for a member of the Fold family. In addition, those that preorder the Z Fold 3 between August 11th and August 26th will get a $200 Samsung Credit that can be used at Samsung.com.

Coming in lower on the totem pole is the Galaxy Z Flip 3, the successor to the Galaxy Z Flip 5G. It now features a 6.7-inch Infinity Flex display (2640×1080) with a 120Hz refresh rate (compared to 60Hz for its predecessor). A new, larger Cover Screen now measures 1.9 inches with a 260×512 resolution. A 10MP selfie camera is included, while two 12MP sensors cover wide-angle and ultra-wide-angle photography duties. 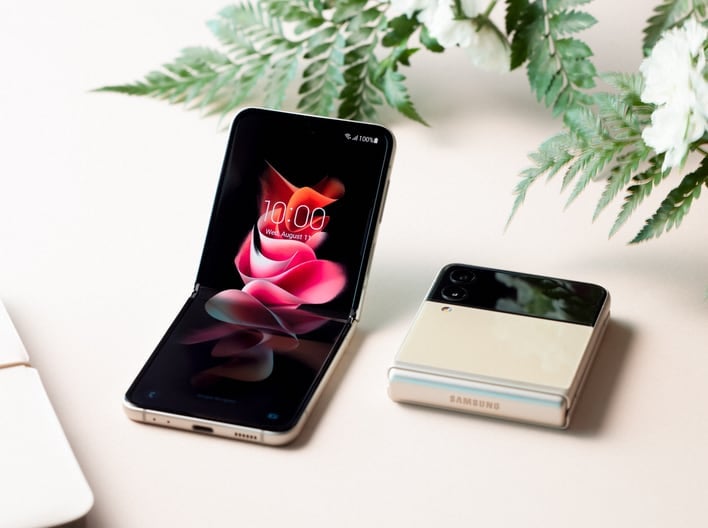 The Galaxy Z Flip 3 also comes with Snapdragon 888 SoC but is paired with 8GB of RAM and 128GB or 256GB of UFS 3.1 storage. This time around, you’ll find a 3,300 mAh battery inside that supports 10-watt/15-watt wireless/wired fast charging or 4.5-watt reverse wireless charging. 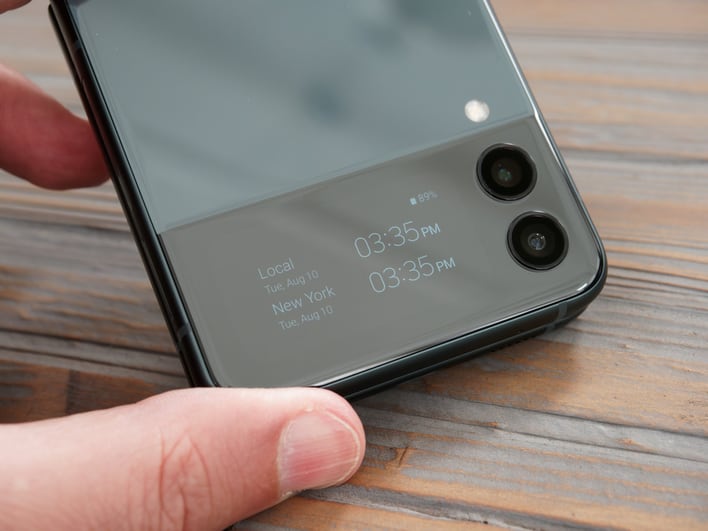 What’s most surprising about the Galaxy Z Flip 3, however, is its price. Despite its upgraded performance, displays, cameras and new IPX8 certification, it is now priced at just $999, compared to the Galaxy Z Flip 5G’s original $1,449 asking price back in July 2020. Those that preorder can a $150 in credit to Samsung’s online store.

Previous rumors had suggested that the Galaxy Watch 4 would last up to seven days per charge, but the official readout is much less (and more believable). So instead, Samsung says that the smartwatches can last up to 40 hours per charge (compared to just 18 hours for the Apple Watch Series 6), with a 30-minute charge adding 10 hours of runtime.

These are also the first Samsung smartwatches to use Wear OS 3.0, customized with One UI Watch. In addition, Bixby voice control is included along with gesture controls. For the first time, users will also gain access to popular Google apps like Google Maps plus Samsung essentials like SmartThings and Samsung Pay.